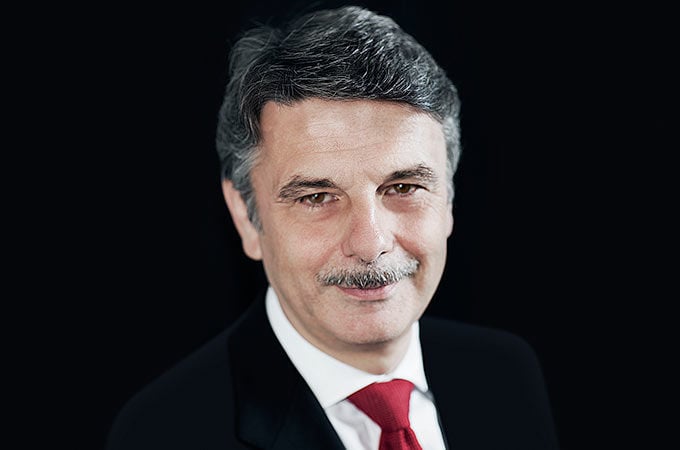 Innovation is second nature to Dr Ralf Speth. Appointed Chief Executive Officer of Jaguar Land Rover on February 18, 2010, he has overseen a remarkable turnaround of the business, with increased sales, over 8,000 jobs created and high profile launches including the new XJ and marque-defining F‑TYPE.

A self-confessed car lover, he drives a Jaguar XFR and owns a classic E‑Type. And much of this success is down to Dr Speth’s insistence on a design focus in every aspect of the company’s approach – not just in the cars themselves, but in the way the whole organisation works.

He sees this as the key to success – creating value and innovation to generate the right economic return to justify further investment in innovation – the perfect virtuous circle.

Following a degree in Economics Engineering from Rosenheim University, Germany, he earned a Doctorate of Engineering. He is also an Industrial Professor at the University of Warwick.

Dr Speth worked as a business consultant for a number of years before joining BMW in 1980. After 20 years, he moved to Ford Motor Company's Premier Automotive Group as Director of Production, Quality and Product Planning. His last job at BMW was Vice President of Land Rover when BMW owned the brand.

He then became director of production, quality and planning for Ford's Premier Automotive Group (PAG) when BMW sold Land Rover to Ford in 2000. He was Head of Global Operations at the German international industrial gases and engineering company Linde Group, before moving to Jaguar Land Rover.

"This is a pivotal moment in time for Jaguar Land Rover," he believes. "This is not an outdated industry, cars are an advanced technology for the future." Relocating the 170-strong advanced research team to the University of Warwick, he is behind plans to spend more than £100m on collaborative research over the next few years. He also keeps a close eye on opportunities to spin off technologies developed for Jaguar Land Rover, such as the micro gas turbine developed by Bladon Jets for the Jaguar C‑X75.